The artefact shown here is a rural house located in Cusano Mutri (BN). Based on analogy to building techniques and local evidences, it is possible to deduce it was built by local workers in 19th century. The hamlet is situated in a slightly rearward position compared to the roadside, which is separated from an open space, wide enough to be used for temporary car parking. This building has two floors almost squared in the plant, used as a private home in former times and today it is an equipment warehouse. The size of the building seems to be quite small. The structure is made up of regular course masonry with local limestone, the roof was replaced at the beginning of the 20th century and built with iron beams and large perforated blocks. The roof is double wooden pitched and finished with roman roof tiles and imbrices. Sideways there is an open straight access flight of stairs. The floor is covered with terracotta tiles. The whole building is in quite good conditions. 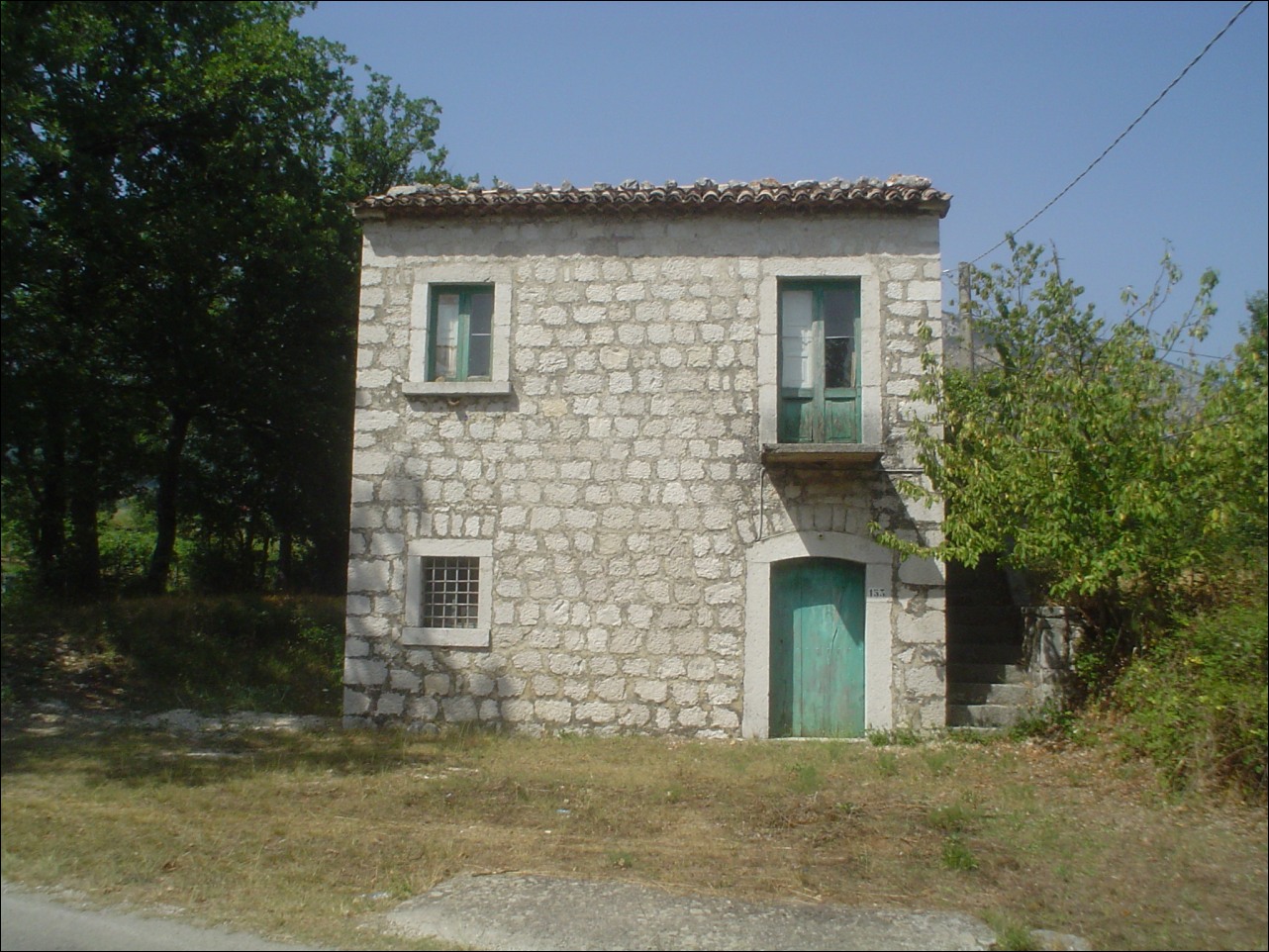