This artefact is a rural house located in Monte di Procida at Contrada Costa. It was built by local workers in the 19th century. The structure consists of a main building on two levels (farmhouse) with two secondary units (animal shelter and equipment warehouse) with reduced dimensions on a single floor. The two floors are connected by two flights of outdoor lengthwise stairs. The structure is made of yellow tuff masonry and the ceiling of the main building is with domical vaults, while the ceilings of the two smaller units are made of corrugated plate. The flight of stairs to the upper floor is located outside, along the North-East front. The first floor of the building was used as a private home, while the ground floor was used as an animal shelter and equipment warehouse in former times. Today it is exclusively used as animal shelter and equipment warehouse. This artefact is oriented along the northwest-southeast axis. The main façade, facing North-West, has most of the openings, while the one facing South-East has only two windows, one for each building. The other fronts have very small openings. The main façade is directly exposed to the cold winter winds (North-West), but it is sheltered from the hot summer winds. On the other hand, the South-East front is exposed to the hot summer winds, but it is partially sheltered by the local orography and deciduous leafy trees. 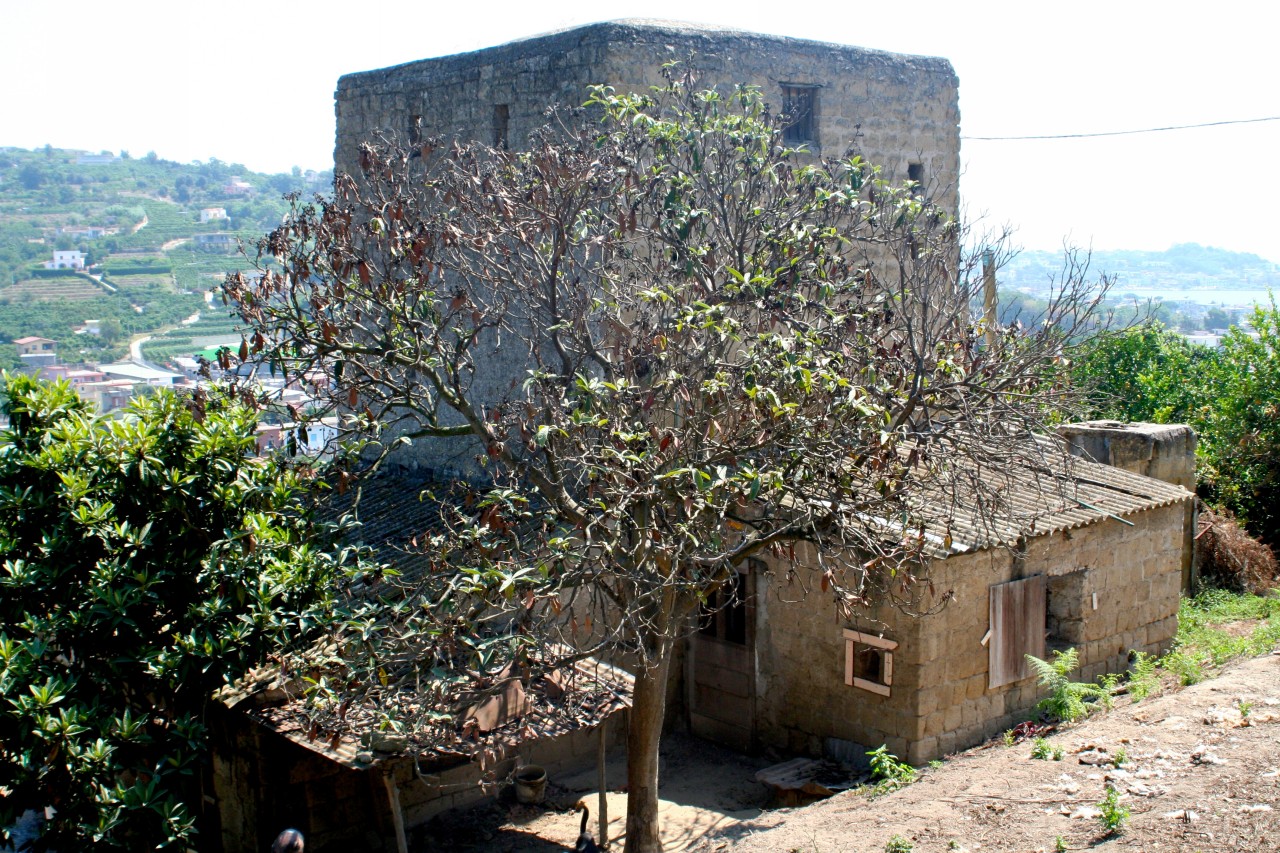 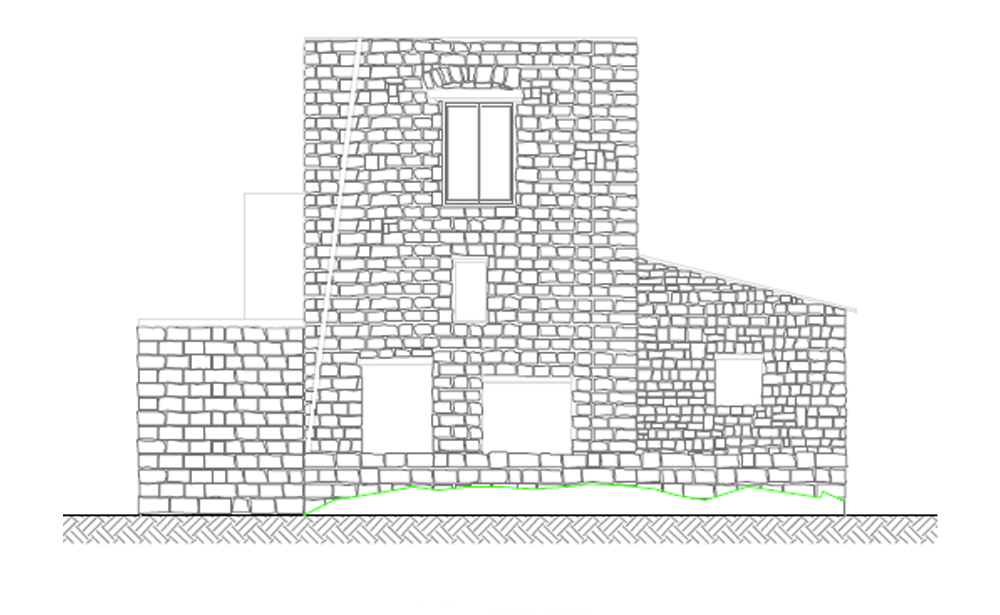