The artefact shown here is a manor farm called Masseria Cortarone, situated in the hamlet of S.Carlo in the town of Sessa Aurunca (CE). It was built in the first half of the 19th century by local workers. The artefact consists of two parts, a main part and an additional part, with two levels different from each other. The two levels are connected by an outdoor lengthwise stone staircase supported by a rampant arch. Both parts have a nearly rectangular layout. The structure is made of irregular courses of local stone with vaulted roofs, especially round barrel-vaulted ceilings. The roof is double wooden pitched and finished with roman roof tiles. At the ground floor the paving is made of stones, while at the first floor there is a clay floor. In former times the ground floor was used as an animal shelter, while the first floor as a collective house. Today both levels are used as a warehouse. They are in bad conditions, especially the upper level, and the walls are covered by plants. 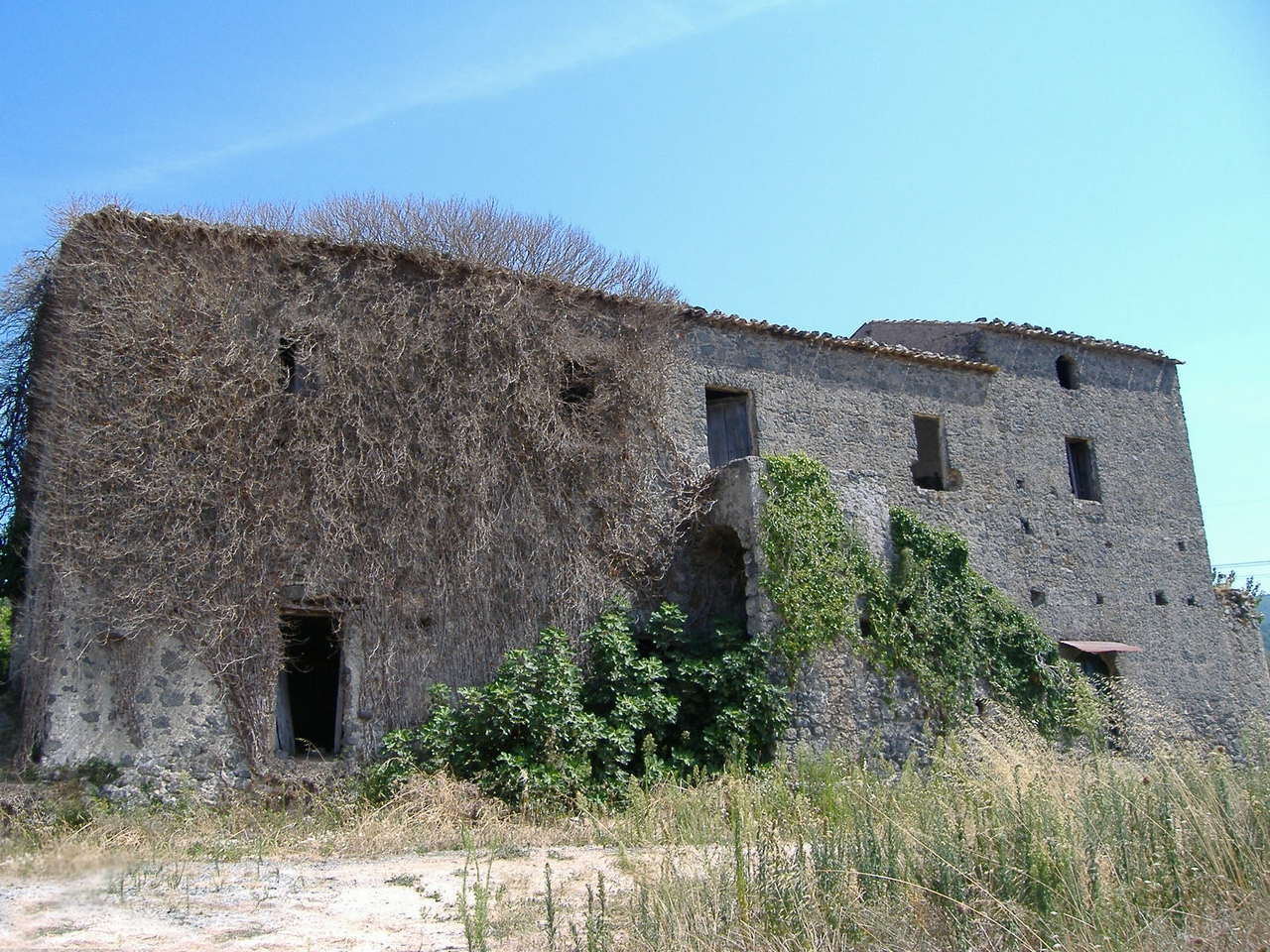