This artefact is a manor farm called Casino Rivellini, located in Calvarole, a district of Vitulano, (BN). This structure was built in the 18th century by local workers, with Rivellinis’ will, an aristocratic family that owned this and other very huge amount of land. It it set on a circular layout, but the volume of the entry is rectangular. The building, built directly on the rock, consists of two levels. The ground floor has one single big room, while the second level has a small room that gives access to the pigeon-house. The two floors are connected by an internal winding staircase. The structure is in limestone masonry. As far as the horizontal structures, the building has a nice dome at the ground floor, while the pitched roof is made of a wood structure with roman roof tiles. As far as the finishings, the circular room at the ground floor is made of limestone flagstones, arranged in a pattern to converge to the centre where the impluvium is. The ground floor was used as an animal shelter and the first floor as a private home in former times. 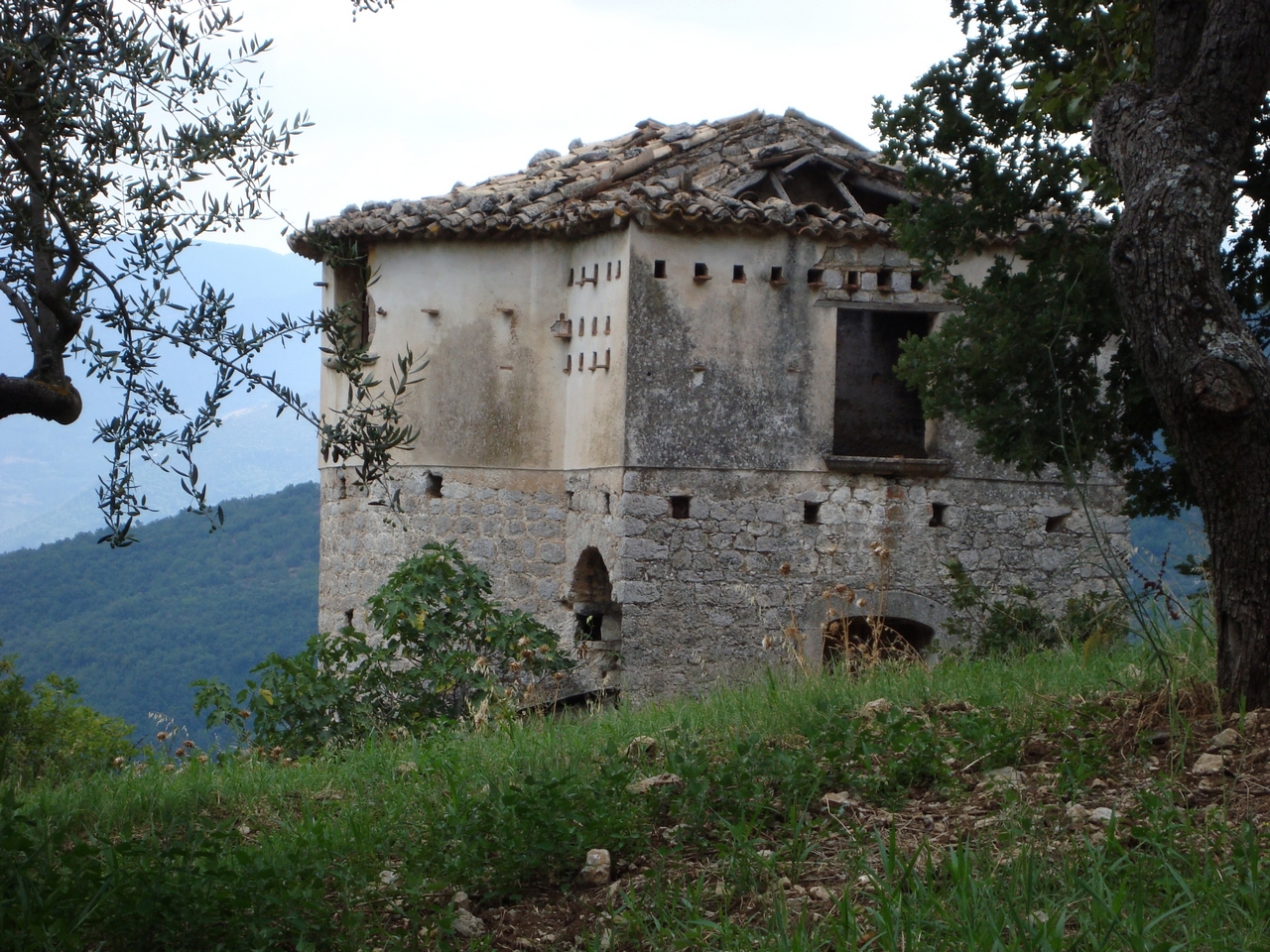 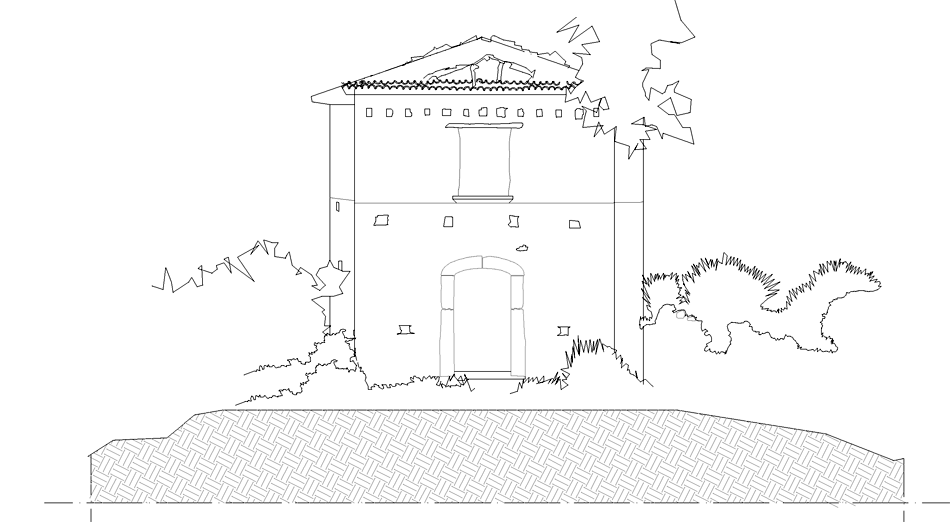